A Times Investigation Into Amazon Deforestation

Also this week, our wrap-up from the COP26 climate summit in Glasgow.

How do cow hides from illegal farms in the Amazon end up in American SUVs?

My colleagues in Brazil, Manuela Andreoni, a reporter, and Victor Moriyama, a photographer, went deep into the Jaci-Parana reserve in Rondonia State to investigate a complex supply chain that links the leather used for seats in high-end trucks and cars to illegal deforestation.

Traveling hours on a leaky boat and on winding dirt roads, they found and interviewed rubber tappers who are being driven from their homes, cattle ranchers profiting from the stolen land, and middlemen who help obscure the animals’ links to deforestation. They also tracked the leather to slaughterhouses and tanneries operated by some of Brazil’s largest corporations.

Then, with Albert Sun, a graphics editor at The Times in New York, we crunched a wealth of data and followed the leather trade through Mexico and the United States to auto showrooms where luxury vehicles are sold.

Key numbers: In the Jaci-Parana reserve, global demand for leather is helping to sustain a growing herd of 120,000 cattle on ranches where forest once stood.

Quotable: “If all the cattle were sold,” said Aidee Maria Moser, a retired local prosecutor who spent almost two decades fighting illegal ranching, the government would have enough money “to reforest the whole reserve.”

You can read our full investigation here.

From the Times opinion section

What climate change looks like from space: Gavin Schmidt, the senior climate adviser at NASA, shows how the impact of global warming is etched on land and ice across the planet.

Social media and climate denialism: Misinformation is rampant on social media. Fighting it requires sustained effort, writes Greg Bensinger, a member of the Times editorial board.

How to buy nothing this holiday gift season: It’s not about being a Grinch or canceling Christmas, writes Annaliese Griffin, an independent journalist.

Four things to watch after the COP26 climate summit

After all the rousing speeches and bitter negotiations, the celebrity spectacles and the parade of promises to protect this and invest in that, now what? Will the Glasgow summit make any difference in bending the arc of global warming?

That depends on at least four things.

First, what will leaders, starting with President Biden, do in key national capitals? Will Biden persuade Congress to pass his main climate legislation, known as the Build Back Better Act? Likewise, will the leaders of big polluter countries shift their policies at home to meet some of the big promises made, whether that’s cutting methane emissions (China) or boosting renewable energy sources (India) or reversing deforestation (Brazil) or vague net-zero goals by midcentury (Russia, India). All these pledges are voluntary. “They’re all in the ether,” Simon Stiell, the environment minister of Grenada told me the morning after the summit.

Second, how much pressure will they face from their citizens, chiefly in democracies? A generation of angry young activists has been pushing politicians and corporate bosses to address the climate crisis, mainly on the streets but also in the courts, where citizens groups in a variety of countries have sued their governments and, in one instance, Shell, one of the world’s biggest oil companies. Whether and how quickly governments and private companies respond remains to be seen.

Third, business. A coalition of the world’s biggest investors, which collectively controls $130 trillion in assets, promised to use its capital to hit net-zero emissions targets for investments by 2050. But will they? And how quickly? Also keep an eye on whether companies will be compelled to shift their business practices to meet a new pledge made in Glasgow to reduce deforestation. That impacts the supply chains of many industries, ranging from the palm oil used in lipstick, to soy for chicken feed.

And finally, compensation. One of the most bitterly contested issues in Glasgow was a demand for funding from rich, industrialized nations mainly responsible for the warming of the atmosphere to poor, climate vulnerable countries who bear little responsibility for the problem. Rich countries, including those of the European Union and the United States, pushed back against the idea of new loss and damage compensation, as it’s known. They agreed to have a “dialogue” in the future. Demands are likely to intensify before the next global climate summit scheduled for Sharm el Sheikh, Egypt, in 2022.

For more, you can read our main summit wrap-up article here.

How our team covered the climate conference

Two Times journalists on the ground in Glasgow — one who was at her first climate conference, and another who covered her 10th — shared what it’s like on the inside of the event.

What countries contributed the most to climate change? 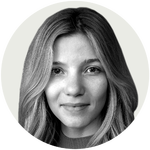 The world’s wealthiest nations are disproportionately responsible for global warming to date. At this year’s United Nations climate summit in Glasgow, a dispute erupted over whether they should begin to compensate poorer nations for the damages caused by rising temperatures.

In an article published during the conference, my colleague Brad Plumer and I visualized the historical emissions output of 23 rich countries (a group identified by the United Nations as having special responsibility to help developing countries) compared with the rest of the world.

Those 23 countries — including the United States, Canada, Japan and much of Western Europe — account for half of all the planet-warming greenhouse gases released from fossil fuels and industry over the past 170 years. More than 150 countries account for the other half, including major emitters like Russia and China, as well as many smaller countries that have barely contributed to climate change.

Quotable: “We have contributed the least to this problem yet we suffer disproportionately,” said Sonam P. Wangdi, who leads a bloc of 47 nations known as the Least Developed Countries.

Neeps and tatties, anyone?

“A hungry man is an angry man,” one activist at the climate summit in Glasgow observed. He meant: Anger is not good for negotiation.

The organizers of the international climate summit in Paris in 2015 like to say their fresh baguettes, buttery croissants and poulet a la persillade, washed down with French wine, helped to yield a landmark global accord.

The culinary contrast was hard to miss in Glasgow. On offer this year: Scotch beef ramen, venison sausage rolls, and “neeps and tatties.” (That’s turnips and potatoes, the menu explained.)

Comfort food, perhaps. But not the same as a warm pain au chocolat.

Can the menu really make a difference to the outcome of a global summit?

Maybe. A 2016 research paper on gastrodiplomacy found that eating a meal together improved social interactions between those who dine together, not to mention fewer hierarchical displays of dominance and submissiveness.

“In other words, agreeable behaviors were found to increase during meals, as compared to at other times,” it said.

You can read my full article on summit cuisine here. And, yes, it talks about haggis, too.

If you’re not getting Climate Fwd: in your inbox, you can sign up here

We’d love your feedback on the newsletter. We read every message, and reply to many! Please email thoughts and suggestions to climateteam@nytimes.com.

Why New York State Is Experiencing a Bitcoin Boom