After years of tribal requests, the president plans to block new oil and gas leases within 10 miles of Chaco Canyon in New Mexico. The move generated strong pushback from industry groups.,

No group of Americans has created and cared more about preserving what we inherited than the tribal nations. We have to continue to stand up for the dignity and sovereignty of tribal nations. So today, I’m announcing five new initiatives. First, a new initiative involving 17 departments and agencies to protect tribal treaty rights and the work of the federal government. Second, a new initiative to increase tribal participation in the management and stewardship of federal lands. Third, my administration will be the first to work with the tribes to comprehensively incorporate tribal ecological knowledge into the federal government’s scientific approach, helping us fight climate change. And fourth, taking action to protect the greater Chaco landscape in northwestern New Mexico from a future oil and gas drilling and leasing. And fifth, I’m about to sign an executive order in a moment addressing the crisis of violence against Native Americans. Today, I’m directing federal officials to work with tribal nations on strategies to improve public safety and advance justice. The title of this legislation is, “Improving public safety and criminal justice for Native Americans and addressing the crisis of missing or murdered Indigenous people.” I’m proud to sign it. It’s long overdue. 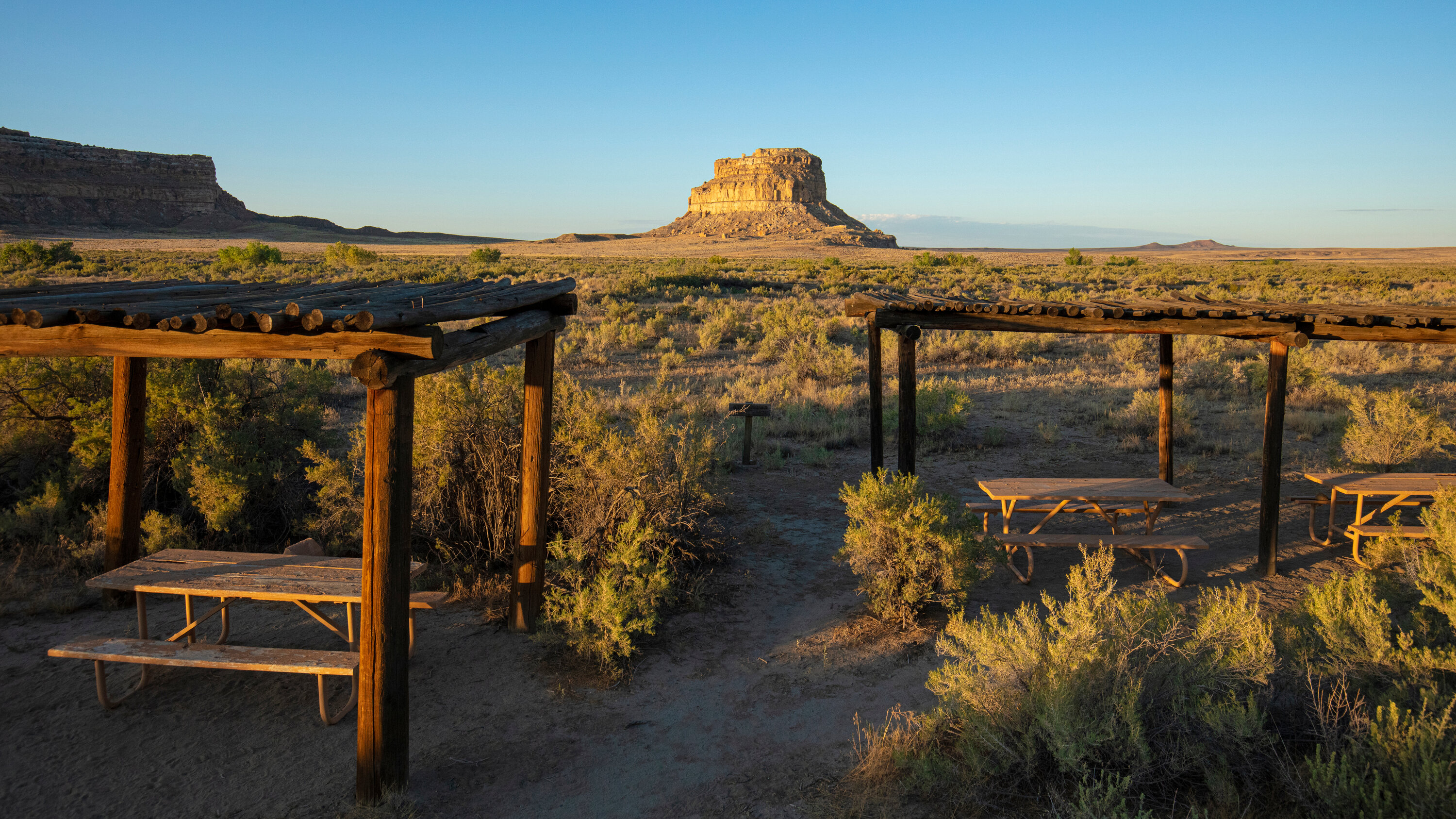 WASHINGTON — President Biden announced on Monday that his administration was moving to block new federal oil and gas leasing within a 10-mile radius around Chaco Canyon in New Mexico, one of the nation’s oldest and most culturally significant Native American sites.

It also generated significant pushback from Republicans and from New Mexico’s oil and gas industry.

As Mr. Biden pushes his ambitious climate agenda, he has sought to highlight both the role of Native Americans in protecting the nation’s landscape, and the disproportionate impact of climate change on tribal populations.

“No group of Americans has created and cared more about preserving what we inherited than the tribal nations,” he said on Monday. “We have to continue to stand up for the dignity of sovereignty of tribal nations.”

At the White House meeting with tribal leaders on Monday, Mr. Biden also signed an executive order directing four federal agencies to create a strategy to improve public safety and justice for Native Americans and to address the epidemic of missing or murdered Indigenous people.

But the president has come under fierce criticism recently from Native American environmentalists. Last month, dozens of Indigenous and environmental activists protested in front of the White House for days, calling on Mr. Biden to do more to combat fossil fuel use. Dozens of them were arrested at a sit-in at the Interior Department.

The demonstrators were protesting the administration’s approval of Line 3, a $9 billion pipeline that would carry hundreds of thousands of barrels of oil through Minnesota’s delicate watersheds and tribal lands. They also called on the Interior Department to close the Bureau of Indian Affairs and restore millions of acres of land seized from Native Americans.

The administration’s move to protect Chaco Canyon and the area around it, known as Chaco Culture National Historical Park, came after years of tribal requests.

It followed Mr. Biden’s decision in October to restore and expand protections to Bears Ears National Monument and Grand Staircase-Escalante, national monuments in Utah that are sacred to Native Americans and that had been opened to mining and drilling by the Trump administration.

The Chaco Canyon park, an area of roughly 30,000 acres in the high desert mesas of northwest New Mexico, was established in 1907 by President Theodore Roosevelt. A UNESCO World Heritage site, it is home to a vast network of pre-Columbian ruins. Between the ninth and 13th centuries, the area was home to a large, complex society of Pueblo culture, with multiple settlements of multistory houses and sacred sites. But for the past decade, Pueblo and other Native groups have expressed concerns that oil and gas development was encroaching on the borders of the park.

While Congress has enacted some short-term drilling bans around the park, there has been no long-term or permanent policy to block drilling at its edges.

Interior Secretary Deb Haaland, the first Native American cabinet secretary, will enact the new plan to protect the area. Ms. Haaland, a former environmental activist, is a citizen of the Laguna Pueblo, a sovereign nation near Albuquerque.

“Chaco Canyon is a sacred place that holds deep meaning for the Indigenous peoples whose ancestors lived, worked and thrived in that high desert community,” Ms. Haaland said. “Now is the time to consider more enduring protections for the living landscape that is Chaco, so that we can pass on this rich cultural legacy to future generations. I value and appreciate the many tribal leaders, elected officials and stakeholders who have persisted in their work to conserve this special area.”

Some Native people said they remained skeptical of the administration’s efforts to protect their lands. “There have been a lot of promising announcements but so far not a lot of tangible results,” said Heather Tanana, an assistant professor at the University of Utah College of Law, who is Navajo.

Of the move to protect the Chaco Canyon region, Ms. Tanana said: “In theory, it sounds good. But oil and gas development has been going on in that area since the 50s, and a lot of harm has already happened. What will happen to remedy those harms?”

The administration has recently proposed tough new regulations on oil and gas producers, and industry representatives immediately raised questions about the new move.

“There doesn’t appear to be a scientific or environmental rationale for that 10-mile radius,” said Robert McEntyre, a spokesman for the New Mexico Oil & Gas Association. “And given the role that oil and gas plays in the economy of that area, we shouldn’t have an arbitrary number that would limit economic opportunities, perhaps the only economic opportunities, in that part of the state.”

“No one is saying that we want to develop inside the park or that we need to be directly inside its boundaries,” Mr. McEntyre added. “But the 10-mile number appears to be arbitrary. Especially over such a long period that could have generational consequences.”

Representative Bruce Westerman of Arkansas, the ranking Republican on the House Natural Resources Committee, said, “Shutting down safe, reliable pipelines, eliminating thousands of technical jobs and thwarting energy development at every turn is apparently not enough for President Biden and his administration, as now they are continuing their war on American energy by banning all new oil and gas leases near Chaco Canyon.”

In the coming weeks, administration officials said, the Bureau of Land Management, which is part of the Interior Department, will publish a notice in the Federal Register that will initiate the process of banning new oil and gas leases on federal land in the 10-mile radius around Chaco Culture National Historical Park for a period of 20 years.

One that notice is published, there will be an initial two-year moratorium on issuing new oil and gas drilling leases in the federal land in the 10-mile radius while the proposal is subject to a public comment period, environmental analysis and formal tribal consultation. The ban would not affect existing valid leases or rights and would not apply to oil, gas or other minerals owned by private, state or tribal entities.